Ellis and Stoever Named USHL Defenseman & Goaltender of the Week

CHICAGO – The Des Moines Buccaneers had two players named as Players of the Week in the USHL for week six. Urbandale, IA native Noah Ellis was named USHL Defenseman of the Week, and Goalie Christian Stoever was named USHL Goaltender of the Week.

Ellis had two goals and an assist in two games played this past weekend. He scored the game winning goal in both games for Des Moines and has a goal in each of his last three games on Des Moines’ current three game winning streak. Ellis is the first Des Moines native to win Player of the Week honors for the Bucs since Patrick Grasso in 2016. He is also the first Bucs Defenseman to score in three straight games since Corey Schueneman in 2015. The UMass-Amherst commit is 2020 NHL Draft eligible and is currently on the NHL Central Scouting’s Players to Watch List.

"Coming into the weekend we had our eyes set on four points and we came out with what we wanted," Ellis said. "With everyone's hard work it made this all possible and I'm grateful for that."

Stoever saw 52 shots in Friday night’s win at home vs. Madison. He parried away 50 shots against in total, including a 27-save second period performance. Des Moines would go on to beat the Capitols 3-2. This was just the 9th time in the Tier I era (2002-2003) a Bucs' goalie has made 50-plus saves in a game. Stoever’s Madison performance was a USHL career high in saves for the Northville, MI native.

"It's a special award to appreciate for a couple days, but I'm not focusing on it much," Stoever said. "I am very grateful, but the team and I are focused on this weekend vs. Tri-City."

Des Moines looks to keep their winning streak alive on the road this weekend with two games against the Tri-City Storm. The two teams are currently tight in the Western Conference Standings, as the Bucs sit in 3rd place with 13 points, while the Storm are in 4th with 12 points. 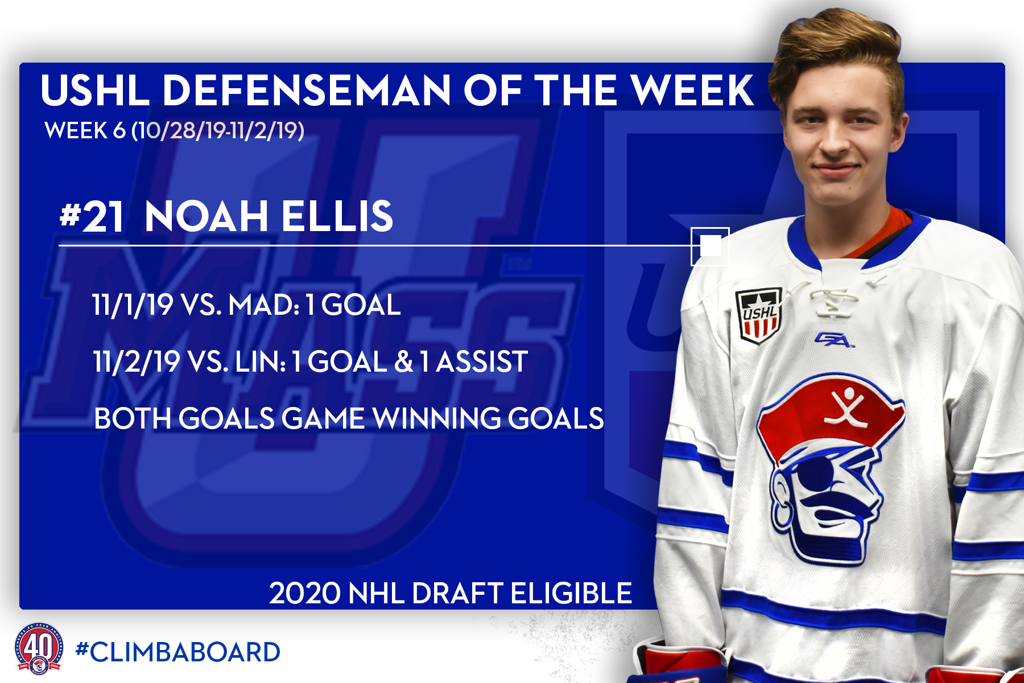 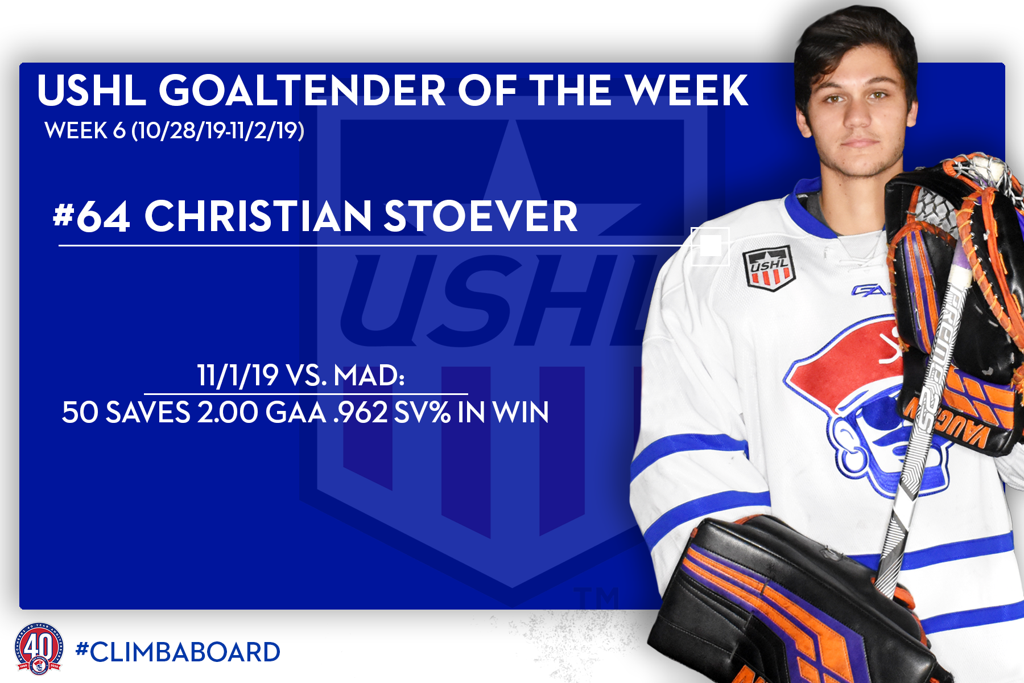