The game features two 20-man teams of the top American Prospects available for the 2020 NHL Draft in Montreal, QC this summer. Alex and Noah are two of 20 USHL players comprising one team, who will take on the U-18 USA National Team Development Program in the game. The event is set to take place Jan. 20, at USA Hockey Arena in Plymouth, MI. In last year’s USHL Top Prospects Game in Lincoln, NE, 15 players who participated in the game were drafted in the 2019 NHL Draft.

“We are very pleased with this recognition for both Alex and Noah in being selected for the USHL BioSteel All-American Game,” GM Tom Mannino said. “It’s a great accolade for our organization and community by having the Buccaneers and the city of Urbandale represented at this important event. We look forward to watching and supporting them both on Jan. 20 in Plymouth, Michigan.”

Ellis is the first Urbandale, IA born player to represent the Buccaneers at a USHL Top Prospect game. The University of Massachusetts, Amherst commit is one of five Buccaneer players who are currently rated on NHL Central Scouting’s “Players to Watch List” ahead of the 2020 NHL Draft. Last summer, he represented the United States at the Gretzky Hlinka Cup in Slovakia where he led the U.S in scoring with two goals and two assists in four games played. Ellis won USHL Defenseman of the Week honors in Week Six this season for a three-point performance the weekend prior, including scoring two game-winning-goals. Ellis was drafted by the Buccaneers in the 16th Round (246th Overall) of the 2018 USHL Phase II Draft.

“It’s a tremendous honor to be selected to play in this game,” Ellis said. “I want to thank the entire Buccaneer staff and organization for helping me so much this year on-and-off the ice.”

“After having a strong showing with Team USA at the Hlinka Gretzky Cup last summer, Noah has exploded onto the USHL scene and has been a staple for us on the back end,” Mannino said. “We look forward to his impact and development under our coaching staff the second half of the season.”

Laferriere is fresh off of winning a Bronze Medal with Team USA at the 2019 World Junior A Challenge in British Columbia. He is another one of the five Buccaneers listed on the NHL Central Scouting’s “Players to Watch List”. The Harvard University commit is currently at a point-a-game pace in the USHL with nine goals and 12 assists in 21 games played for the Bucs. He was awarded USHL Forward of the Week in Week Two for a four-point performance vs. Fargo that included a hat-trick. Laferriere was a Free-Agent acquisition by the Buccaneers in 2018.

“I am truly honored to be selected for this event, it’s going to be an awesome experience,” Laferriere said. “I can’t thank the organization enough for everything they have done for me.”

“Alex has been a leading force for our offense this year,” Mannino said. “His hard work and determination continues to pay off, most recently representing Team USA at the World Junior A Challenge. We look forward to his return, impact and development in the second half of the season.”

Both Ellis and Laferriere will be suiting up for the Buccaneers tonight to take on the Waterloo Black Hawks for the first game after the holiday break.  Purchase your tickets online at Tickets.Bucshockey.com. 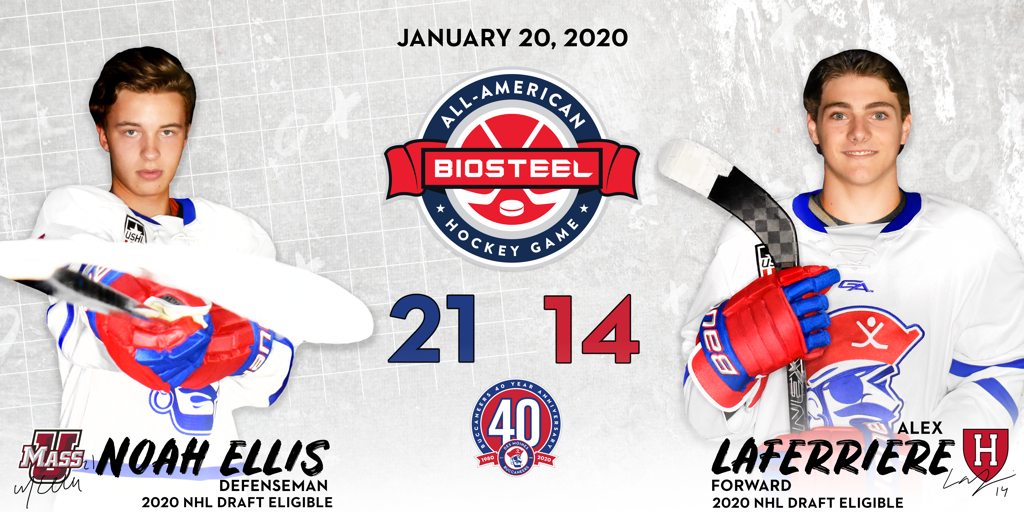