“We would like to welcome Benito to the Buccaneers’ family,” GM Tom Mannino said. “Posa brings an in your face competitive edge to our lineup. His veteran experience in our league as a hard-nosed player who can contribute offensively is hard to find. We look forward to his impact as a Buccaneer on his way to a bright future at Lake Superior State.”

Posa will join his new teammates for tonight’s matchup with Cedar Rapids at home. It’s “Miller Lite Night” so we’ll have two-for-one 24 oz. Miller & Coors products on sale, as well as White Claws. Puck drops at 7:05 pm and the gates open at 6:15 pm. 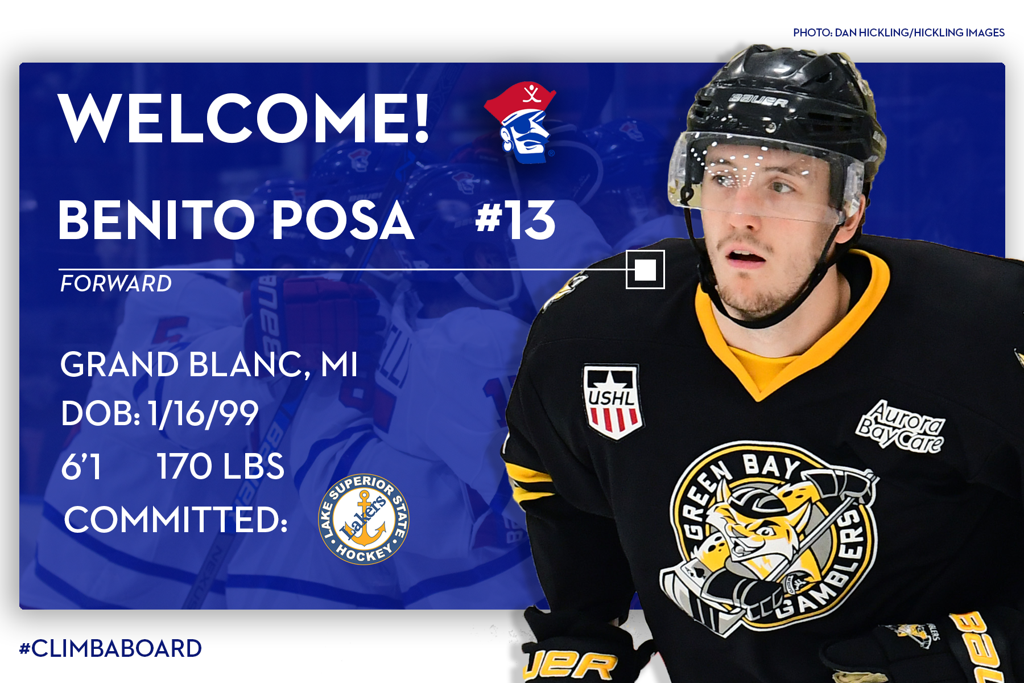