The Brown University commit was instrumental in the Buccaneers' sweep last weekend of Cedar Rapids. He made 41 saves on 43 shots on Friday night at Buccaneer Arena, then delivered a 31-save performance the next night in Cedar Rapids. After returning from injury at the end of December, Durham has a perfect record through three games played, and is sporting a 1.62 Goals Allowed Average and a .954 Save Percentage. This is James’ second USHL Goaltender of the Week award, with his first coming last season with the Bucs. The Grand Rapids, MI born goalie was acquired in a trade with the Dubuque Fighting Saints prior to the 2018-19 season for a 2019 Fifth-Round Phase II Draft Pick.

“I’m fortunate to get the honors of Goaltender of the Week. Everyone on the team put in the work during the week and it showed in the outcome of our games,” Durham said. “I’m thrilled to be back in the swing of things and excited to see what this team can do moving forward.”

The Bucs are on the road this weekend for two games against the Fargo Force and are currently riding a two-game winning streak. Both games will be available on the Buccaneer Broadcast Network of HockeyTV and Mixlr. 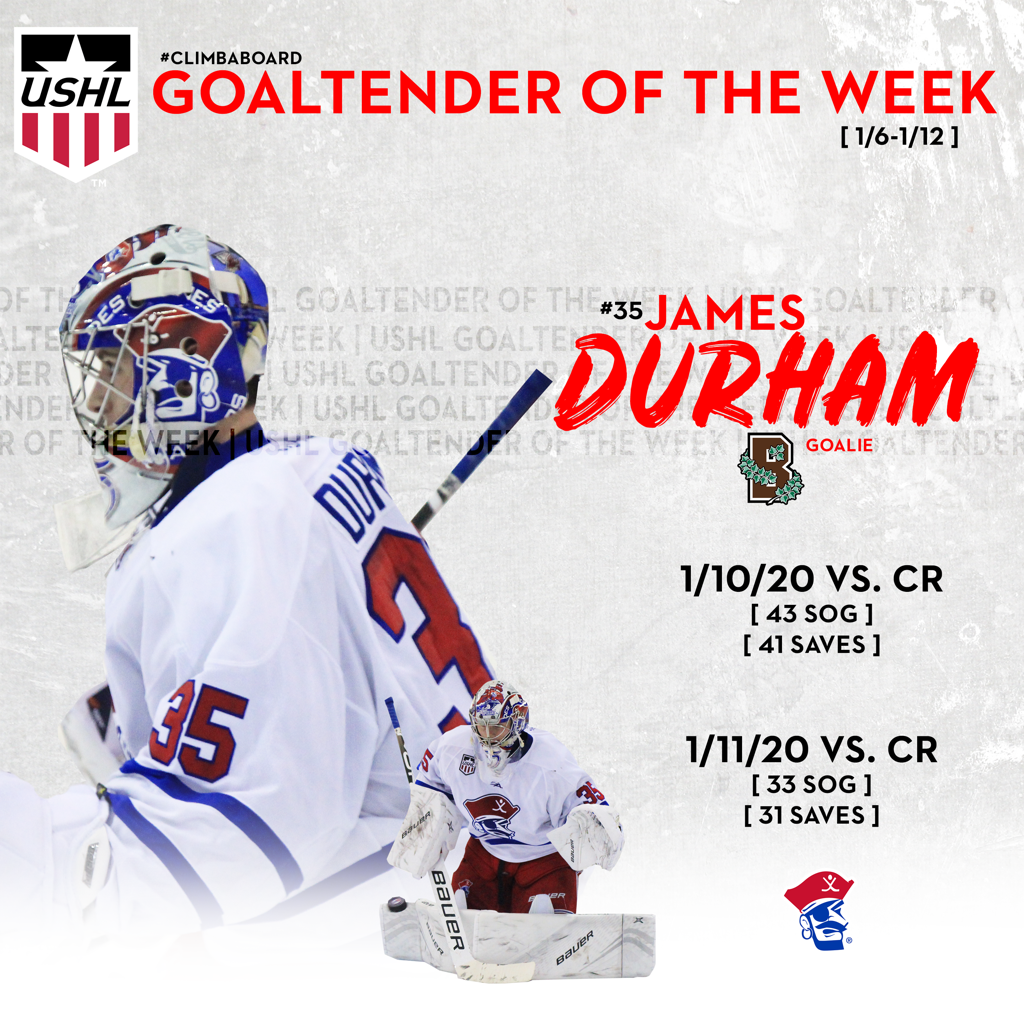