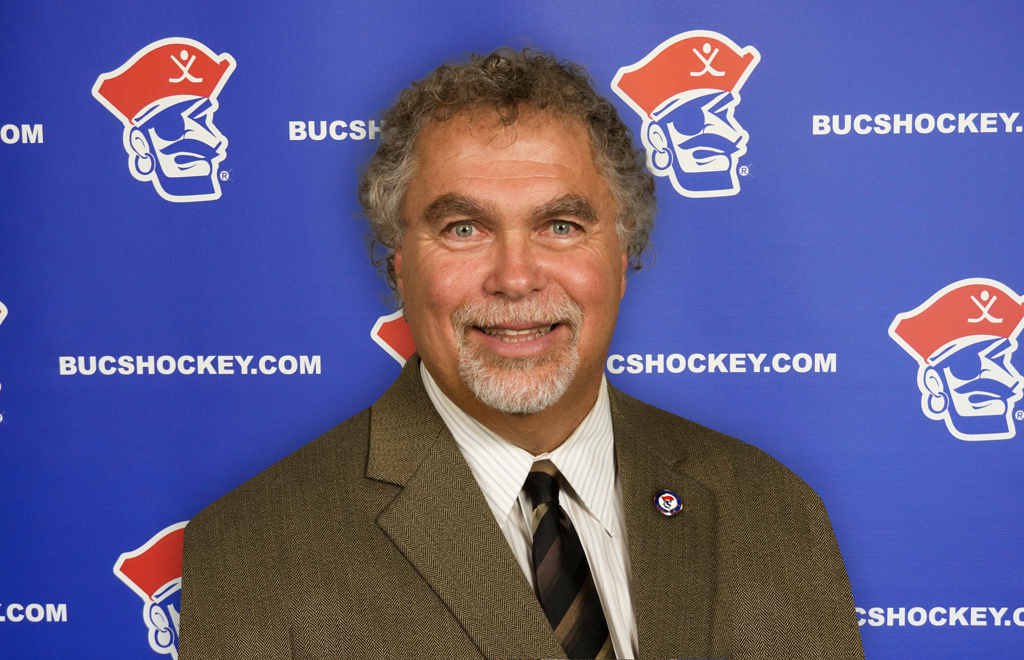 Owens has 38 years of coaching experience including 19 seasons in the NCAA and 15 years as General Manager in the United States Hockey League. Owens was hired as the Des Moines Buccaneers’ Head Coach and General Manager in 1995. His four seasons in Des Moines culminated with the Buccaneers winning the Anderson Cup and Clark Cup in 1999, a year after the Buccaneers also won the 1998 Anderson Cup as regular season champs. During his time with the Buccaneers Owens coached Erik Cole, who would go on to score over 500 points and play in over 900 games in the NHL, and Des Moines native goaltender Scott Clemmensen who played in nearly 200 NHL games in 12 seasons and in2017 became part of the Des Moines Buccaneers ownership group. After his time with the Buccaneers, Owens spent 15 seasons as the head coach of Colorado College. During his tenure the Tigers made the NCAA tournament seven times, including a 2005 Frozen Four appearance. Owens has spent the last five seasons competing against the Buccaneers as the Head Coach/GM of the Sioux Falls Stampede and won the most recent Clark Cup Championship in 2019.